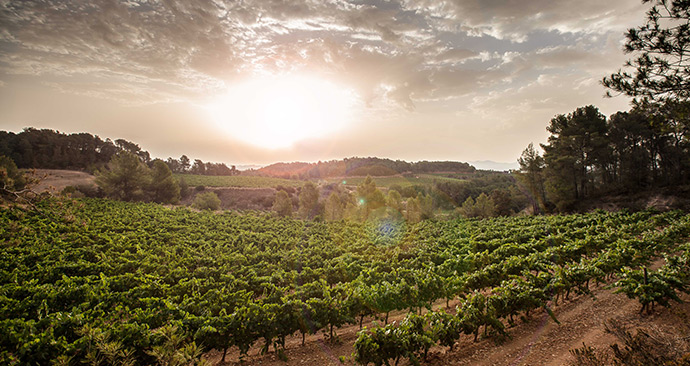 We are pioneers in the study and implementation of measures to reduce the environmental impact of our cava production processes.

At Freixenet, we understand that the long production process of our cavas starts with the land and the vines. For this reason, our environmental awareness is understood as the result of the close ties between the process of making our products and our natural environment. The outcome of this effort is the fact that each day we are increasingly more respectful of the environment around us, thanks to our conviction and responsibility (this word is important; we believe we must take responsibility for our processes, as the environment belongs to us all, and it is the duty of each person to act in keeping with his/her possibilities). Proof of this responsibility resides in the fact that in 1999 we became the first cava company to earn the ISO14001 Certificate for Environmental Management. This environmental certificate was the result of many years of implementing improvements in each of the production processes, the underlying principle of which was prevention rather than treatment. Minimisation at the point of origin is key to all productive and environmental efficiency. It is a responsible stance towards our environment. 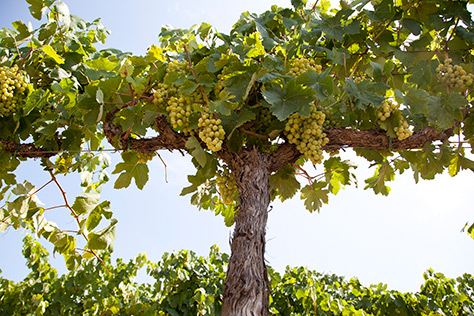 Moreover, we have involved our suppliers in our initiative to improve our processes. Our close collaboration has enabled us to use more reusable packaging and to substantially reduce the scraps in the process, by combining the technological innovation of our processes with the finest techniques of the materials provided by our suppliers.

Therefore, in our case, our race towards the 'environmental' adaptation that this new era calls for, began many years ago, and thanks to the hard work of all of the company's collaborators, suppliers and clients, we have hit major milestones that can be grouped as: 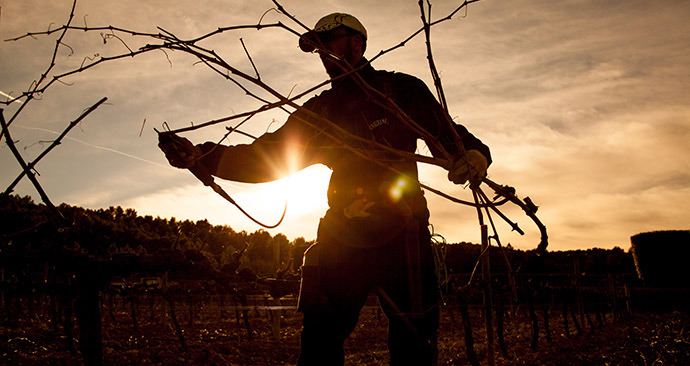 We would like to mention the important role of the company staff. As we have mentioned, the management system is a tool, and as such it requires the awareness and good work of our staff, for its optimal use. Freixenet fully understands that without the involvement and help of all of its workers, this system would never have reached its current level of development. 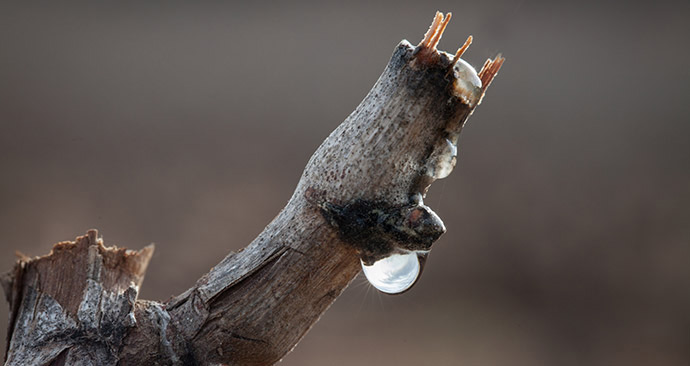 One of the environmental aspects of greatest concern for the environmental department at Freixenet is the reduction of water use. Thus far and after comparing the current water consumption levels with the consumption levels before the implementation of the ISO14001 system, we have seen a reduction of 40% per bottle produced. Freixenet has achieved this by following a method that it has been applying for many years: Measure, prioritise, reduce or optimise and invest.

REDUCTION OF THE WASTEWATER POLLUTING LOAD 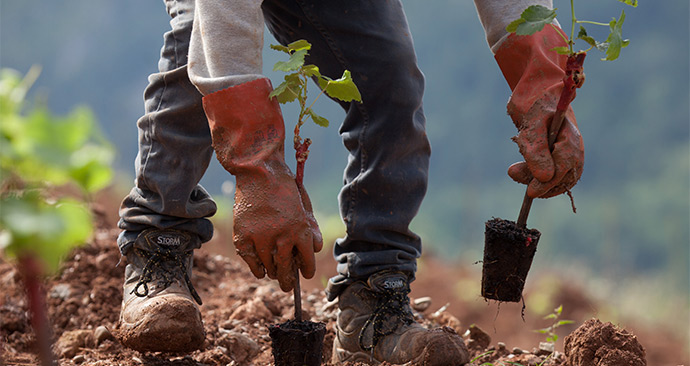 Freixenet has always been a sector pioneer in the implementation of objectives to reduce the pollution load of its wastewater at the point of origin. It was around the year 1990 that the company saw the need to invest in water treatment. At the time, there were two options. The first was to invest in a large ecological treatment plant; and the second, to study where the greatest organic waste loads were generated and eliminate them or if this were not possible, at the very least reduce them to the bare minimum at the point of origin. Freixenet chose the latter option, and the result was extremely successful. The company analysed and classified all the wastewater spill points, in other words, all the cleaning points and all the lines of production, and once the organic loads were known, we established a group of objectives to reduce the pollution by 50-70%.

This philosophy of constantly reducing the organic load has enabled a company as large as FREIXENET to forego the installation of a conventional biological wastewater treatment plant. Instead, we basically purify the water via aeration ponds, which is a great achievement for a company our size.

REDUCTION OF THE INDUSTRIAL WASTE GENERATED 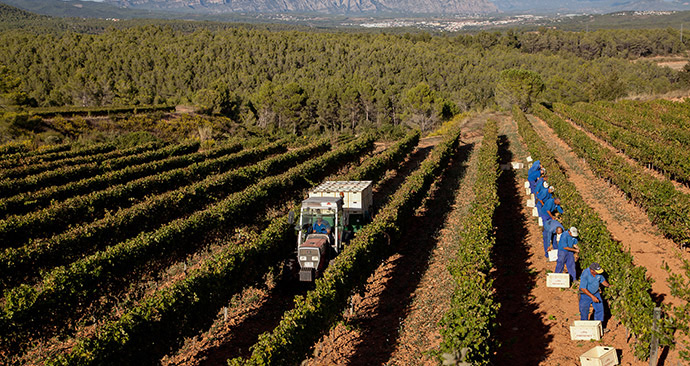 For many years, Freixenet has been implementing objectives to eliminate or reduce its generation of industrial waste. Those objectives have afforded the company a 37% reduction in the total industrial waste generated per bottle and a 76% reduction of the non-recoverable waste that is taken to the rubbish tip. One of the changes implemented by the company to achieve this was the replacement of the single-use packaging in which we received our materials with reusable packaging. We have also invested in by-product evaporation and concentration systems, as well as in the implementation of systems to reduce scrap, particularly the scrap that results from broken glass. 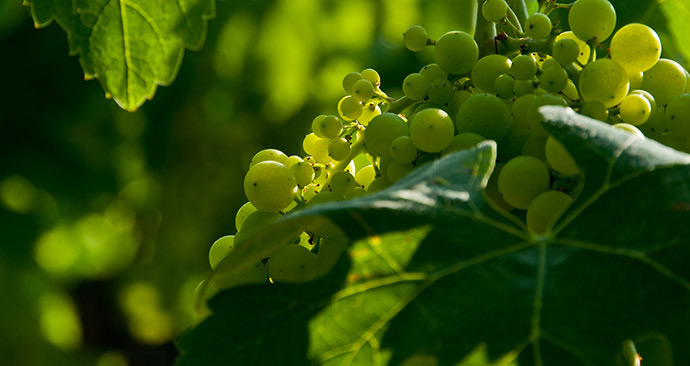 Freixenet is currently working towards a double objective: to become more energy efficient and to contribute to compensating for the effects of climate change. To reduce energy use, the company has section metres that are linked to a software control system. We are also carrying out energy audits that enable us to set important goals for reduction and improvement.

In the same sense, the Freixenet Group cellars have also been the first companies of the CAVA sector to verify their greenhouse gas emissions (GHG) throughout the entire company, in keeping with the ISO14064-1 standards.

With the integration of the “Verified CO2 Environment” carbon footprint certificate, within the ISO14001 Environmental Management System, the Freixenet Group is obtaining new environmental improvement aspects that are integrated into its daily Cava production operations. The idea behind this integration process is to reduce CO2 emissions and in the process, contribute to mitigating the climate change and adapting to it.

In this sense, it is important to note a number of the company's innovations in sustainable viticulture, which include sending the cuttings from winter prunings to biomass generation centres; the sowing of plant cover between the rows of vines to offset the harsh effects of the grapevines and to favour the biodiversity of the soil; and the use of specific pheromones to prevent the grapevine moth plague.

FREIXENET AND THE PRESERVATION OF ITS NATURAL ENVIRONMENT 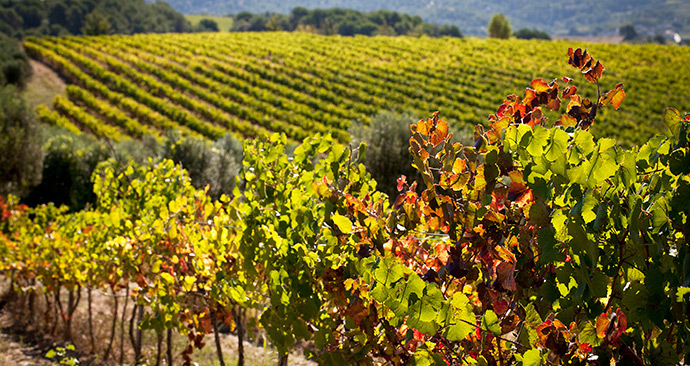 Given our need to fully understand everything around us, we undertook an intense process to inventory and classify the biodiversity of our estates. That inventory is still revised each month with walks through nature and has enabled us to identify hundreds of animal and plant species that share the environment with us and that have become a valuable natural heritage that we want to preserve and promote.

This conviction led us to enter into collaboration agreements with different biodiversity conservation institutions that have joined us in our daily task. By installing nest boxes in the right places in the vineyard and preparing wildlife shelters in the bordering woodland areas, we can release the birds and mammals of wildlife recovery centres into the wild; by working closely on European projects as we do in the case of BioDiVine, we help to display the benefits of biodiversity in the winemaking landscape; by naturalising the edges of the vineyard, we provide a place of refuge, food and connectivity for the fauna around us.

INNOVATION, A TOOL FOR SUSTAINABILITY 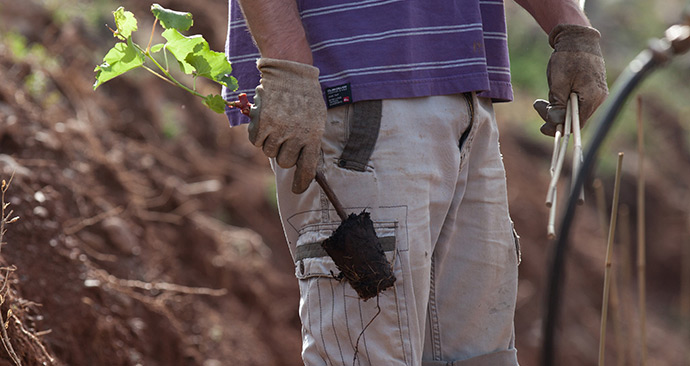 In response to the challenge of producing more than 60 million bottles of CAVA annually at the main headquarters alone and more than 100 million bottles throughout the Freixenet Group, one of the company’s strategies has been to develop the cava bottle gathering and separation process by automating these operations .

The implementation of the entire logistics system at the cellars has led to not only a significant improvement in the optimisation of the process, but also the creation and development of our own robotics technology, a pioneer in the sector, with new and previously unseen solutions. There is no doubt that the applications of these solutions will contribute to a positive change in both the production mentality and the image of winemaking companies at large.

This objective has enabled us to increase the capacity of the Freixenet cellars by 32.2%, reducing the dispersion of product stocks in route by 64% and eliminating highway lorry traffic by 10,450 trips/year. This in turn translates to a reduction of 545 tonnes of CO2 per year, thanks to the elimination of the transport and the auxiliary storage facilities.