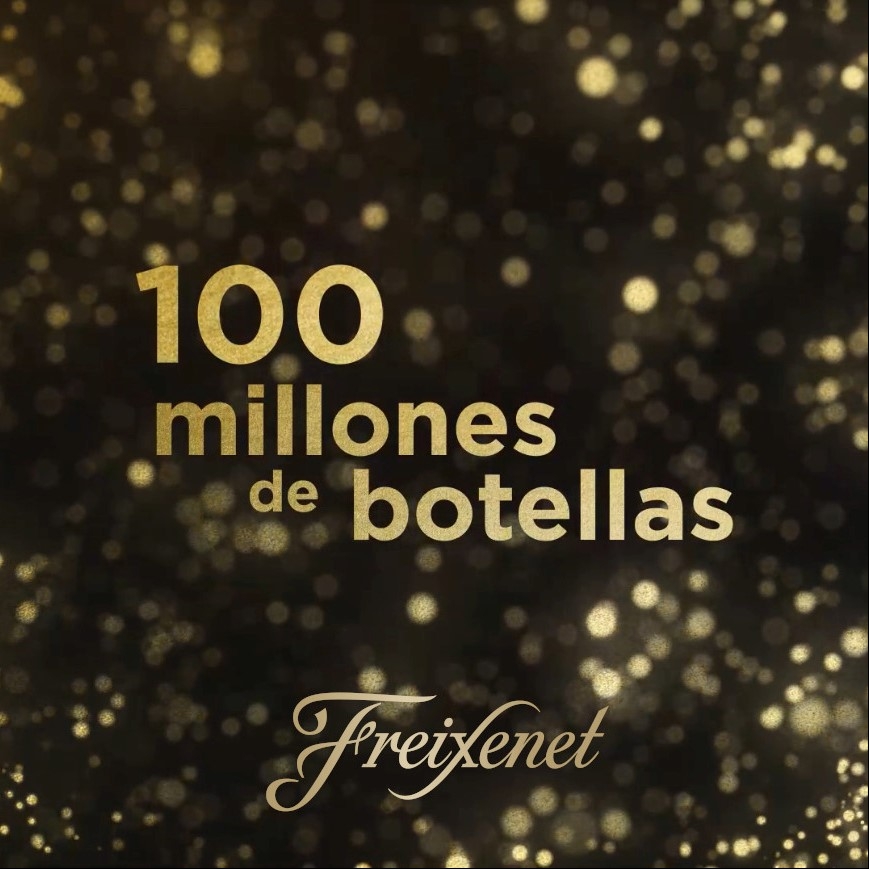 Freixenet, the world’s leading brand of Cava has reached an historic record with worldwide sales of 100 million bottles in 2021, and expects to reach a figure of 105 million bottles by the end of the year. This is the first time in its history that the brand has exceeded 100 million bottles sold in one year. In this respect, the work of internationalisation that the company has been evolving over more than 70 years has been one of the reasons which explains why Freixenet has increased its sales by 5% in 2021.

The export of Freixenet bottles now stands at 80% of the company’s global sales. In addition, Freixenet expects to exceed 85% next year as a result of the Henkell Freixenet alliance which began in 2018. The company’s principal markets are now Germany, UK, France, USA, and Spain. This international success demonstrates how the Henkell-Freixenet alliance, the world leader in sparkling wines, has been able to profit from the synergies of the two companies, and has the objective of selling every 10th glass of sparkling wine worldwide within the next years.

According to Pedro Ferrer, Vice-President and CEO of Freixenet, the wine and sparkling wine sector has seen a market recovery, and we are now seeing similar data to those before the pandemic. “The consumption of sparkling wines on the international market is different to the consumption of Cava in the national market. However, the behaviour of the Spanish consumer is changing, giving way to the consumption of Cava at other times of the year. Even so, Christmas remains the most important time of year for us” states Ferrer “We have seen an increase in sales during the summer months, which is a symptom of the increasing change in seasonal consumption of Cava, of which Freixenet was at the forefront” concludes Ferrer.

In the period of the Christmas campaign, the company generates 30% of its annual sales on the Spanish market, and reaffirms its leadership position with 20% of national sales. In this sense, 1 in 5 bottles of Cavas sold in Spain are Freixenet brands. The company’s most emblematic Cava, Carta Nevada, this year celebrated the 80th anniversary of its launch in 1941, bringing up eight decades of commercial success, and maintaining its market leadership in Spain (according to IRI data from 2020).

The year 2021 has been very positive in terms of recognitions. Freixenet Cordon Negro Brut Magnum Cava was garlanded as the world’s best Cava and Spain’s best sparkling wine by the prestigious North American competition – The Champagne & Sparking Wine World Championships Competition, headed by renowned wine author and critic Tom Stevenson, following its winning of the National and Regional Trophy. Cordon Negro was also awarded the gold medal and classified as “Best in Class” as the Best Non-Vintage Brut Cava and the Best Magnum Cava. For its part, Carta Nevada Medium Dry Magnum picked up a medal in the same competition.

Cordon Negro, the world’s best-selling Cava continues to gain awards for its quality and versatility, in gaining gold medals in The International Wine Challenge and in Mundus Vini during 2021.