Freixenet is collaborating with Spain Through Its Wineries, a project that aims to promote tourism in the country by highlighting its most important wineries. 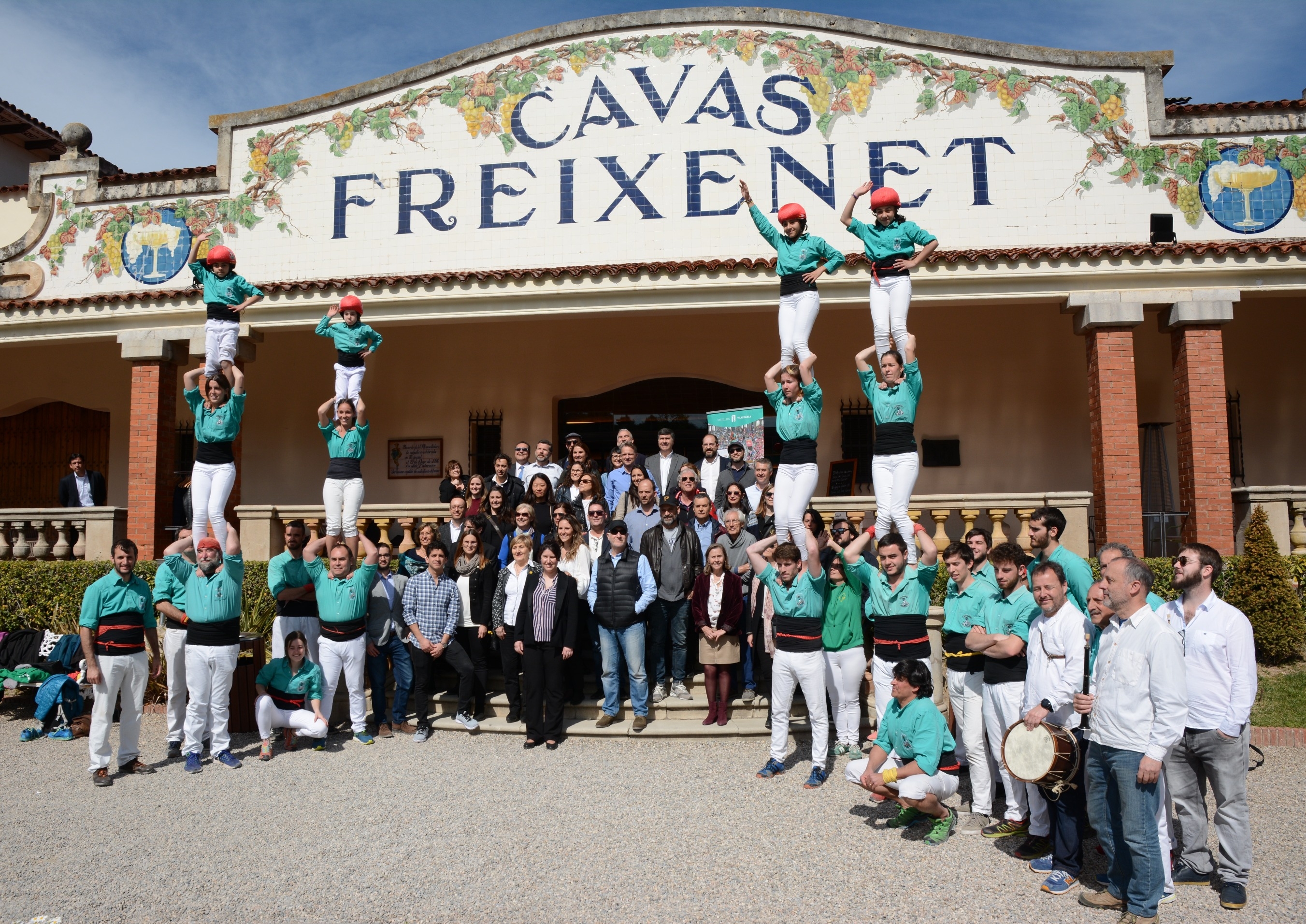 Sant Sadurní d’Anoia, 14th of March, 2019 - Freixenet has presented the project Spain Through Its Wineries (STIW) in the Penedès. STIW is an initiative that, since 2015, has worked to promote tourism services that allow tourists to get to know Spain through some of the most emblematic wineries the country has to offer.

STIW is an eno-gastronomic tourism venture that has been recognised by the Global Tourism Organisation and is supported by the Leading Brands of Spain Forum and aims to develop a wine tourism model that is responsible, of high quality and that makes a difference. Last year the Rioja region was the project’s ambassador and now it is Catalonia’s and, more specifically, Penedès region’s turn to hold this position, being, as it is, one of the most visited wine regions in the country.

As such, Pedro Ferrer, Freixenet’s vice president and CEO highlighted in his inaugural speech that “unlike other business sectors, the wine sector attracts tourism of a high quality that directly benefits the region. It’s an additional value that we have to promote and preserve without ignoring our main business of producing wine and cava”.

The Penedès presentation, organised by the guest wineries - Freixenet, Segura Viudas and Vilarnau - falls within a tour that the STIW is carrying out across the different destinations that make up the project. At the meeting, assistants, specialist agencies, the press and professionals within the sector have all been able to enjoy a visit throughout the different stages of the Freixenet cavas while also taking part in a team building workshop run by the Castellers de Vilafranca. These activities brought together the two pillars of the project: wine tourism and culture.

The presentation was also attended by Pablo López, director of the Leading Brands of Spain Forum; Zaida Semprún, STIW commercial director and Damià Deàs, manager of Vilarnau Winery and the president of the Institut del Cava.

Penedès, located 30 minutes from Barcelona, has become one of the most important destinations for wine tourism. These days it receives more than 400,000 visitors a year and is the second most visited Wine Route in Spain. According to the latest report by Asociación Española de Ciudades del Vino (ACEVIN), wine tourism continues to grow annually. Specifically, in 2017 the total number of visitors to wineries and wine museums associated with the Wine Route topped 3 million people, showing an annual increase of 18%.

In terms of the wineries that make up the Freixenet Group in Penedès, last year they received a total of 82,938 visitors. Despite this, the group’s most visited wineries were Querétaro in Mexico, and Sonoma in California, with more than 300,000 visitors in total. Across Spain, the Group has also attracted many tourists, mostly in its wineries in La Rioja and the Ribera del Duero.

These wine tourism services aim to attract international visitors of high acquisitive power. In fact, STIW is already working closely with six international markets in Europe and Latin America (Belgium, Russia, the United Kingdom, France, the United States of America and Mexico), and will shortly begin to work with Asian markets.

What’s more, as was discussed throughout the presentation, it is working on a catalogue aimed at travel agencies within both the MICE and FIT areas whilst always maintaining a corporate and Premium perspective. Up to now, it has contacted more than 250 agencies throughout the world.

The main value that STIW can offer can be found in the fact that it is the first time in Spain that tourism products are being promoted together that allow the tourist to get closer to wineries in ten different wine areas: Penedès, La Rioja, Ribero del Duero, Rueda, Toro, Galicia, Bierzo, Marco de Jerez, Toledo and Sevilla.