A history of EXCELLENCE

For more than 150 years, our family has dedicated itself to the art of wine making. This expertise lives inside every bottle we produce. True to our roots, Freixenet is still driven to making the best possible wines with passion and committed to helping everyone around the world celebrate every moment!

Beginning of the family business Casa Sala, predecessor of Freixenet, founded by Francesc Sala Farrés and subsequently helmed by his son Joan. 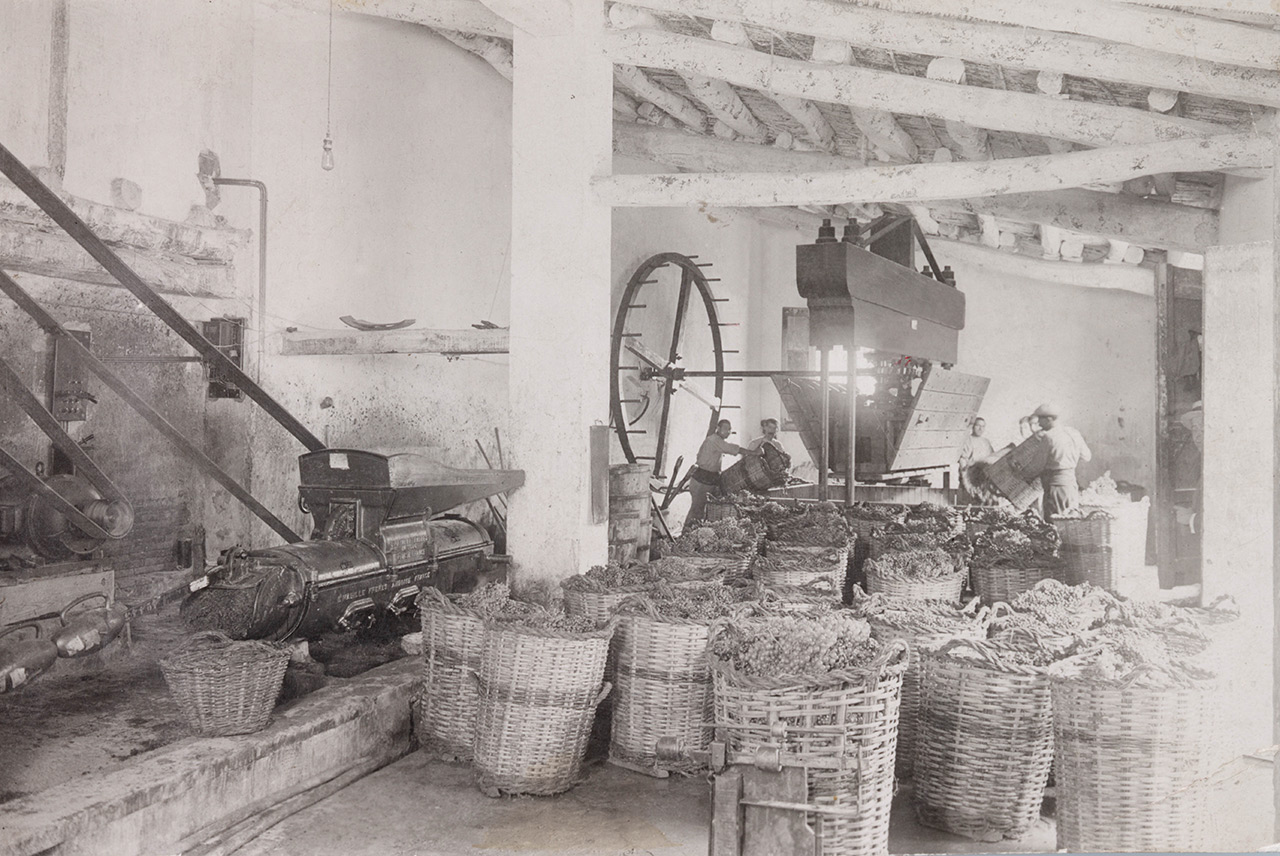 The heiress of Casa Sala, Dolores Sala Vivé, marries the youngest son of the Ferrer de la Freixeneda family, Pedro Ferrer Bosch, whose nickname is 'el Freixenet'.
The couple, along with Joan Sala, begin to produce sparkling wine following the traditional method, which is similar to that of Champagne. 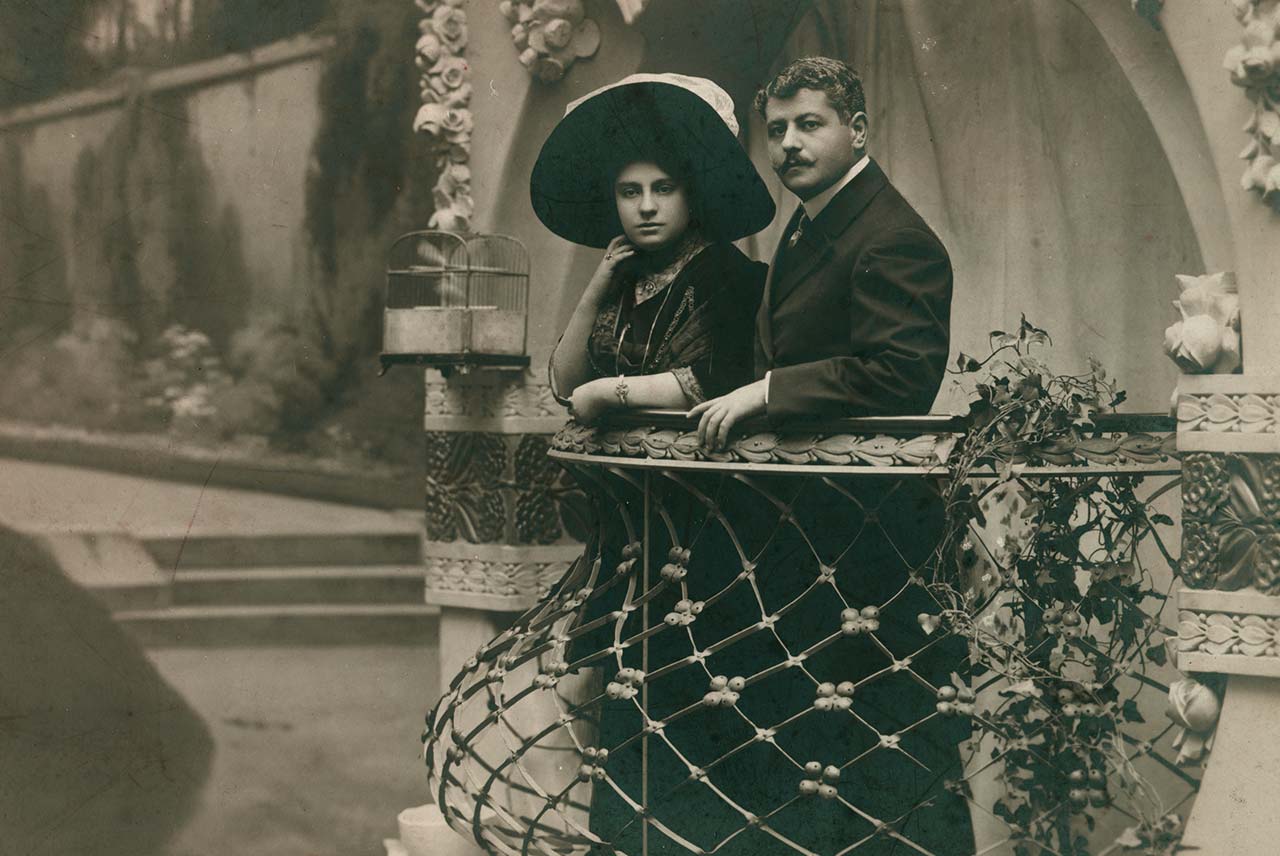 Launch on the market of the first bottle of sparkling wine under the Freixenet brand, which will end up becoming the brand of both the company and the group.
Enormous development of the new family business, thanks to the duo of Dolores, who is an oenologist and administrator, and Pedro, who is an innovative businessman and an extraordinary salesman. 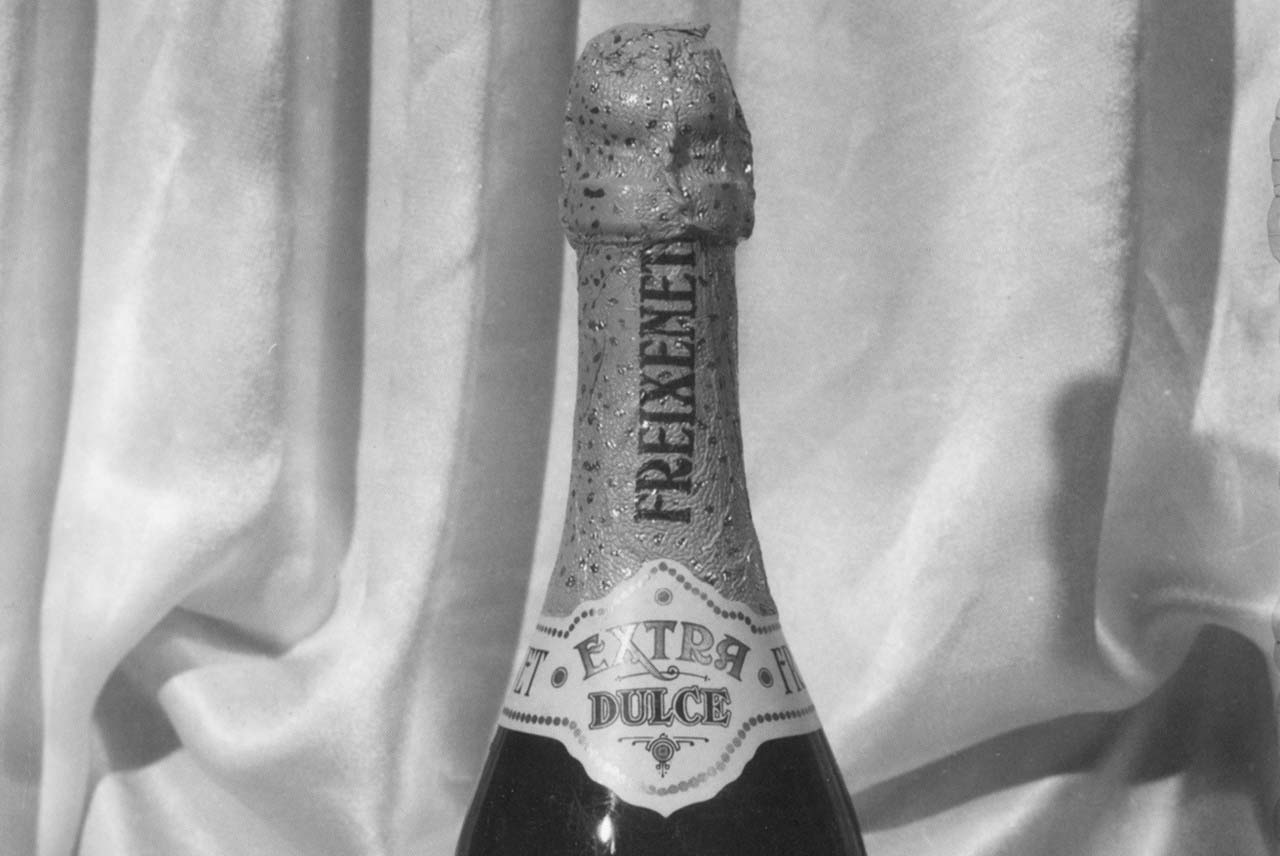 Freixenet builds a modern cellar near the train station of Sant Sadurní d'Anoia.
Designed by the prestigious modernist architect Josep Ros i Ros, it is considered one of his most important works. The emblematic façade was designed by Joan Torras Puig. 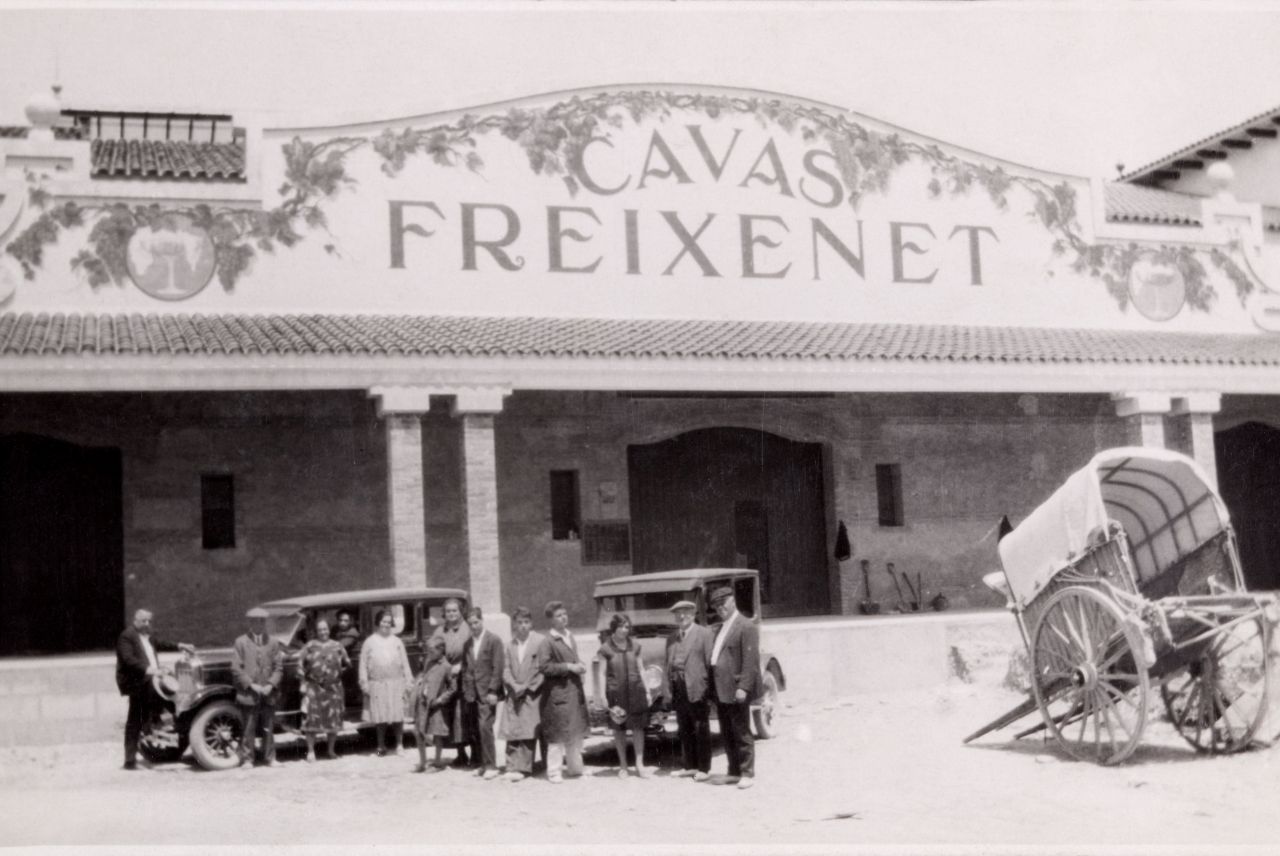 In celebration of the Universal Exposition, the company creates the “Freixenet Boy”, which soon becomes a brand icon.
In the mid-1920s, Freixenet was already a recognized company that competed with the main Penedès brands. At the end of the decade, Freixenet cava began to be exported. 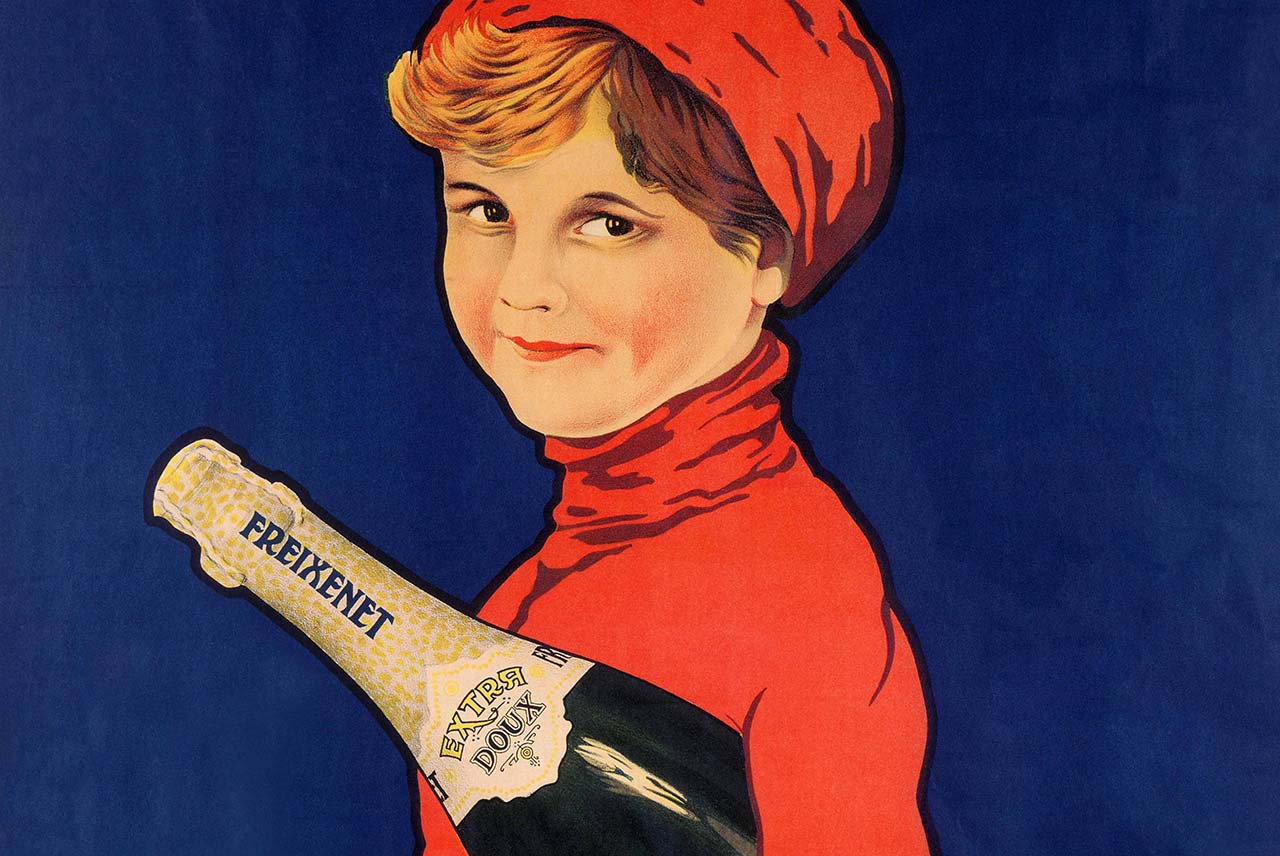 At the outbreak of the Spanish Civil War, Freixenet is already the second "champagne".
The war causes the collectivization of Freixenet and the death of Pedro Ferrer and his eldest son, Joan Ferrer Sala, leaving the family without company, without the head and without the ‘first heir’. 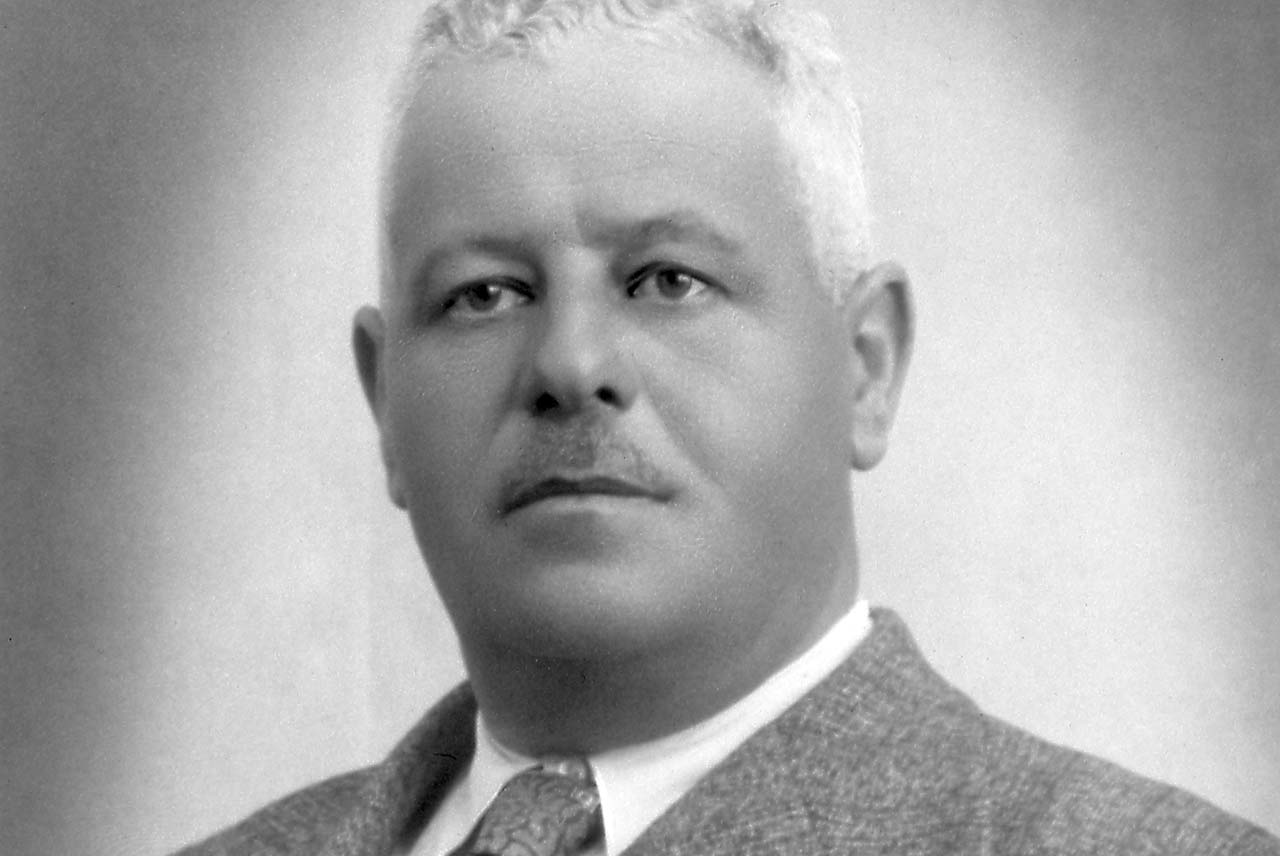 In the wake of the Spanish Civil War, the company is returned to the family. It is Dolores Sala and the eldest of their four children, Pilar Ferrer, who take charge of reinstating the company's activi 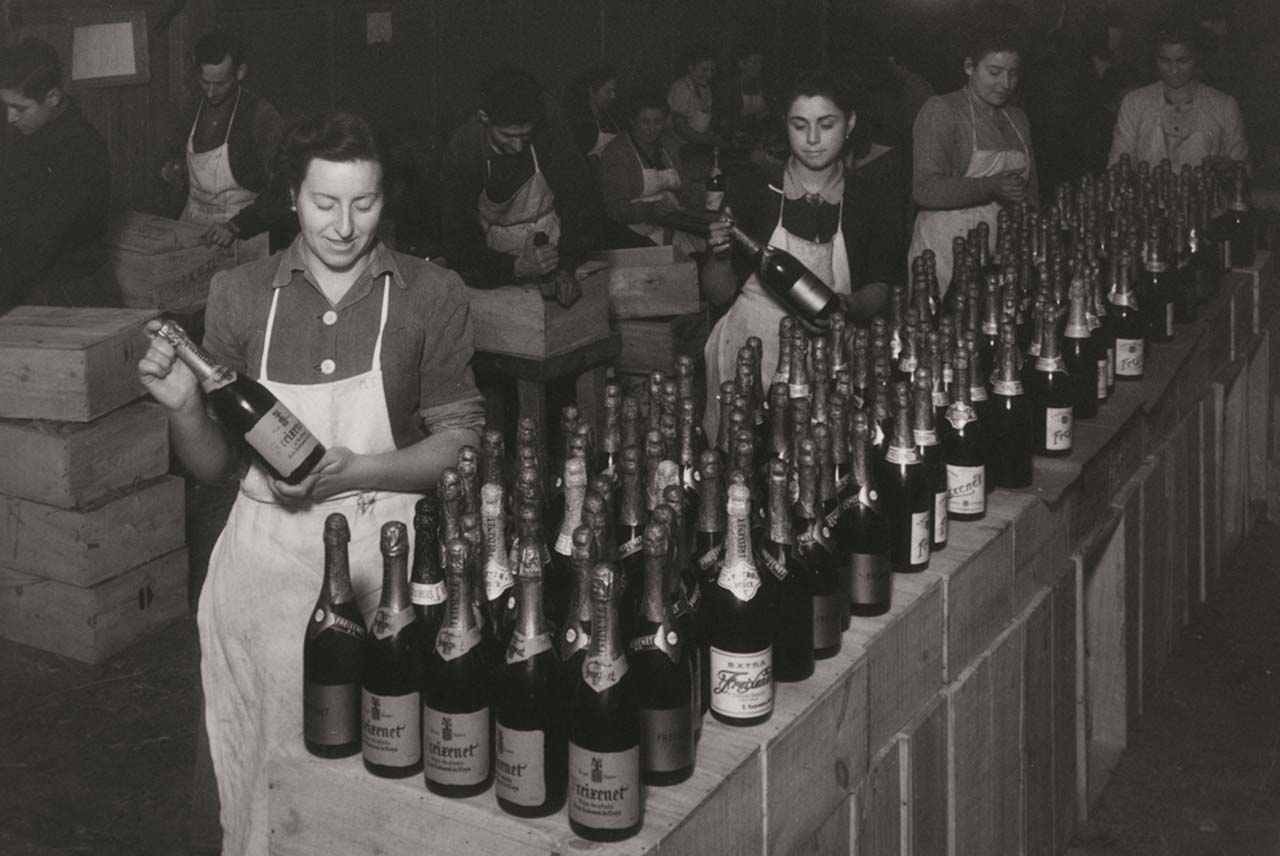 In 1941, an innovative decision was the origin of one of the brand’s most emblematic cavas, Carta Nevada. It became Freixenet’s flagship, thanks to its distinctive frosted white bottle. 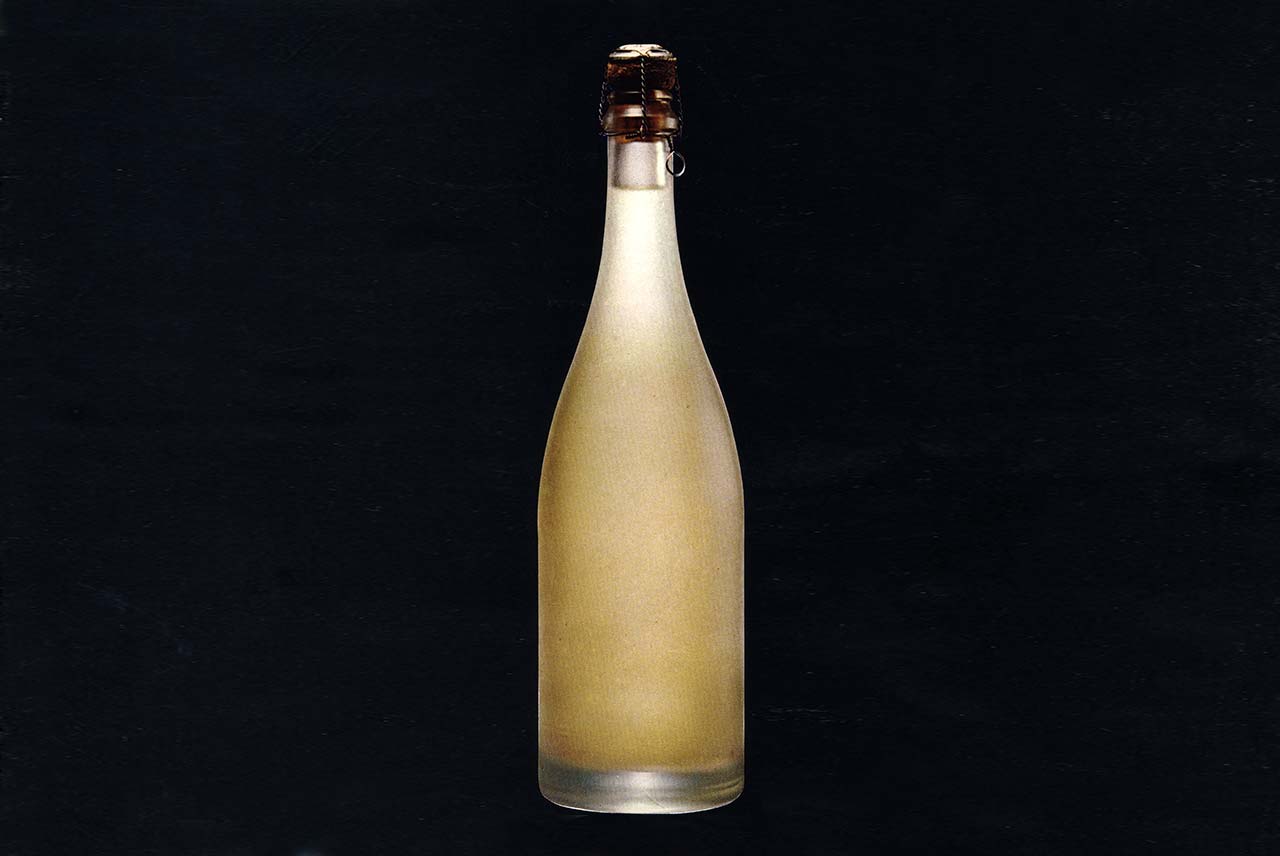 José Ferrer joins the management of Freixenet after completing his studies in winemaking and marketing, to begin the modernization of Freixenet.
This manifests both in production, with greater mechanization and expansion of the cellar, and with a more dynamic commercial vision, which includes the first attempts to internationalize the brand. 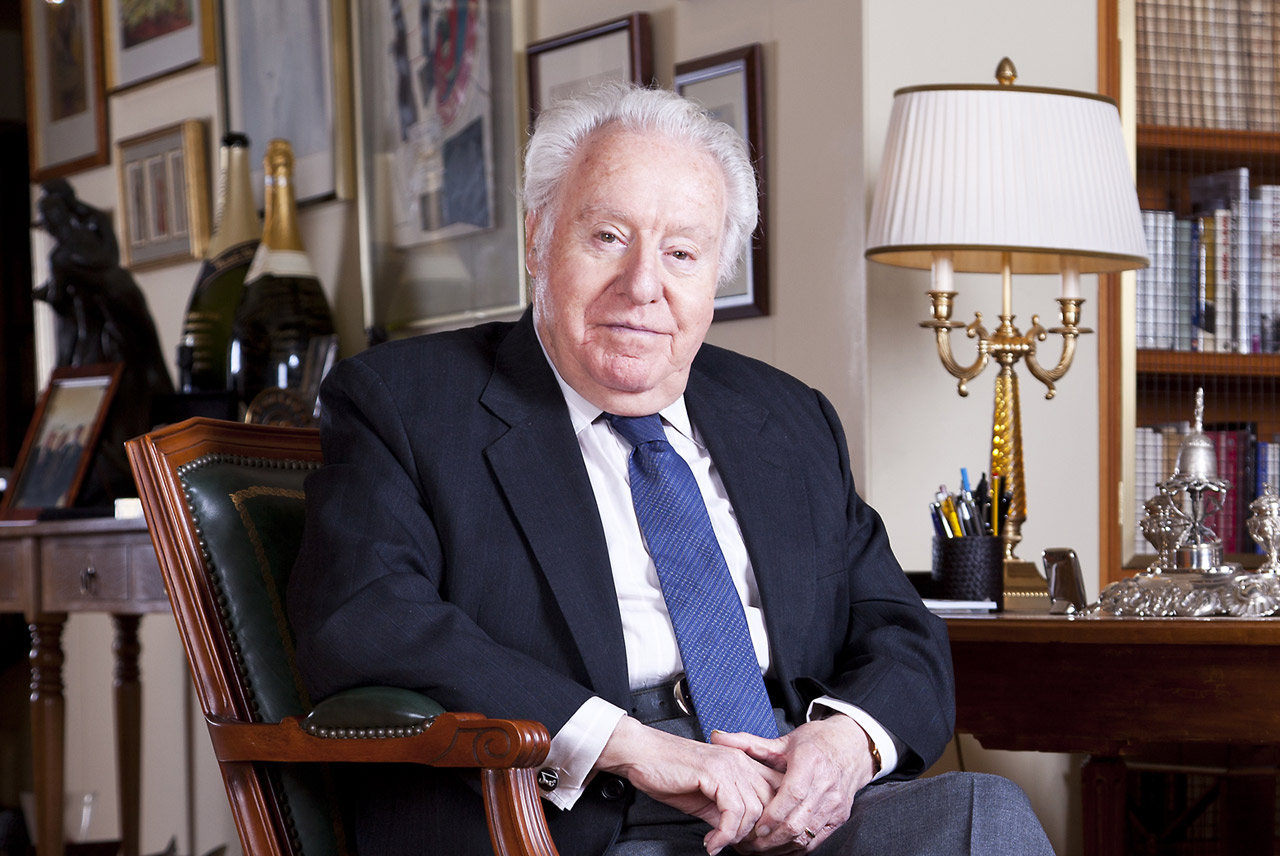 José Luis Bonet joins the company as Commercial Director. Together with his uncle José Ferrer they form an invincible duo.
Both design an extraordinary marketing plan: creation and launch of iconic products such as Carta Nevada and Cordón Negro, vital for the expansion of Freixenet. 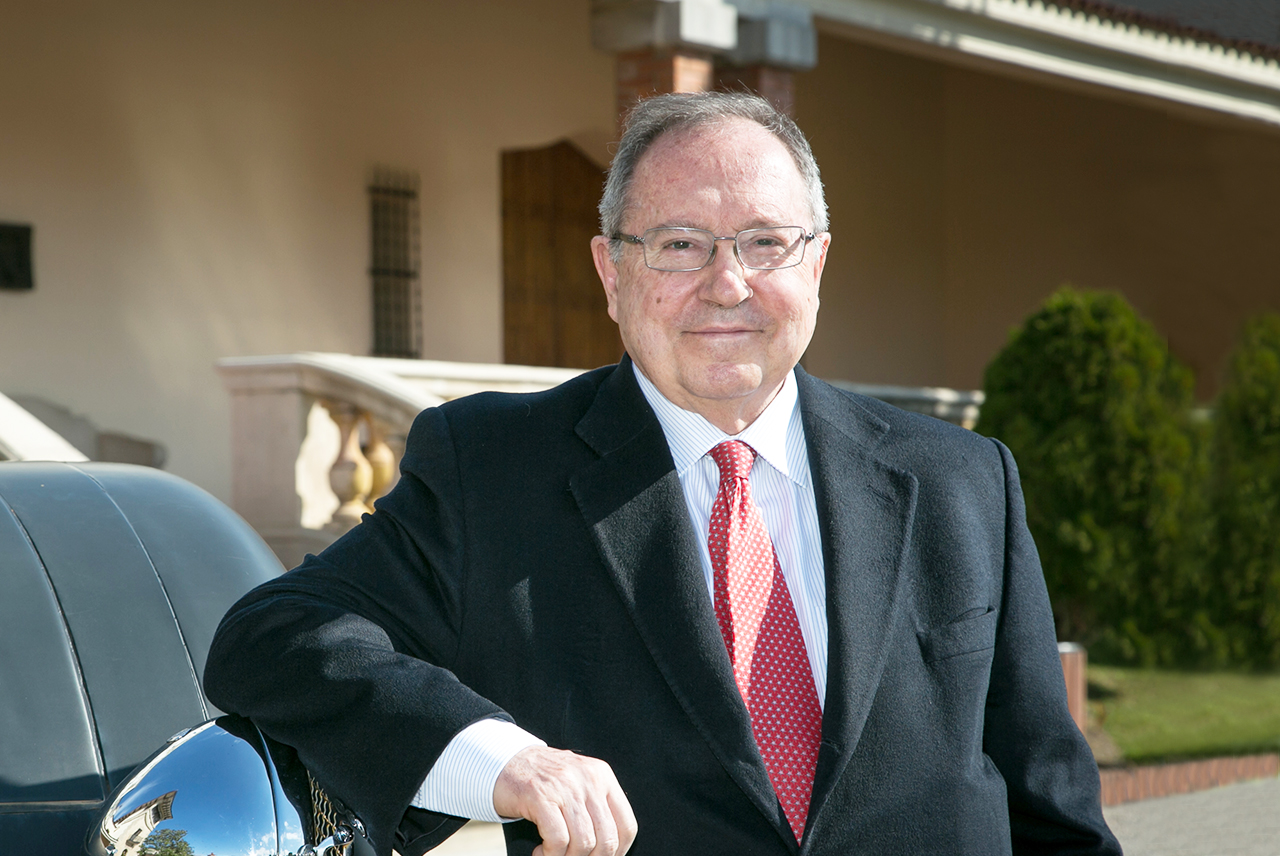 Birth of the “Freixenet Bubble”. 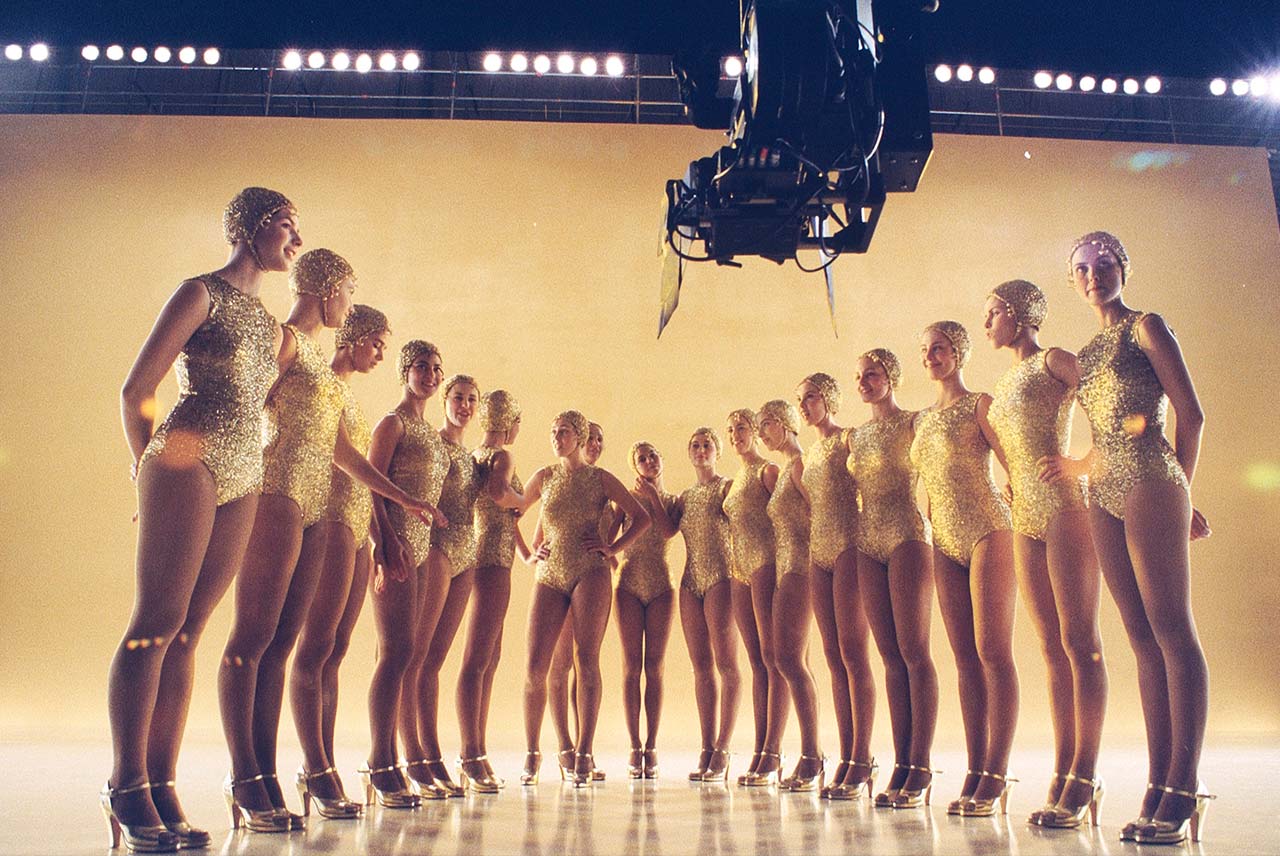 Launch of Cordón Negro, the brand's most internationally famous bottle, which is present in more than 140 countries.
With the Freixenet brand fully consolidated in the Spanish market, Freixenet firmly banks on the international project, which is completely helmed by José Ferrer Sala. 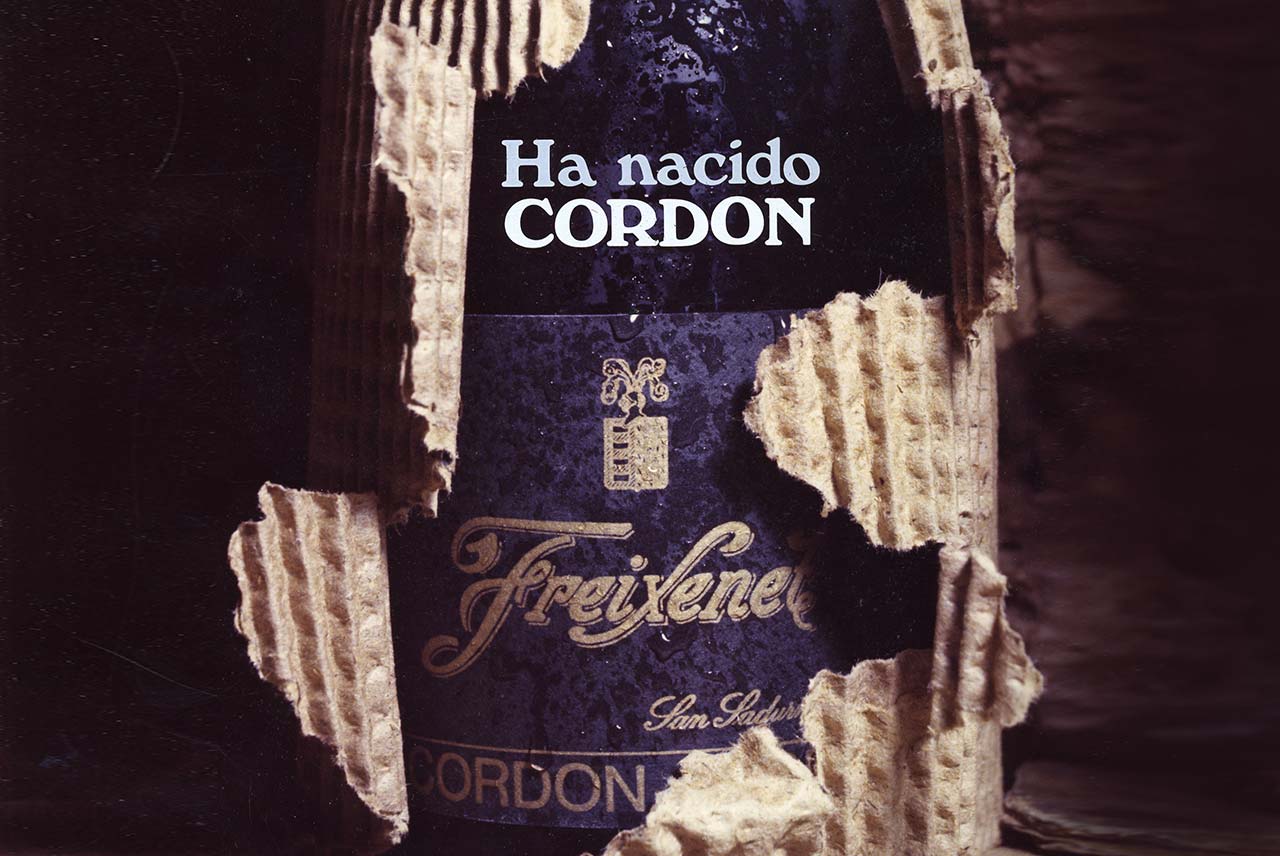 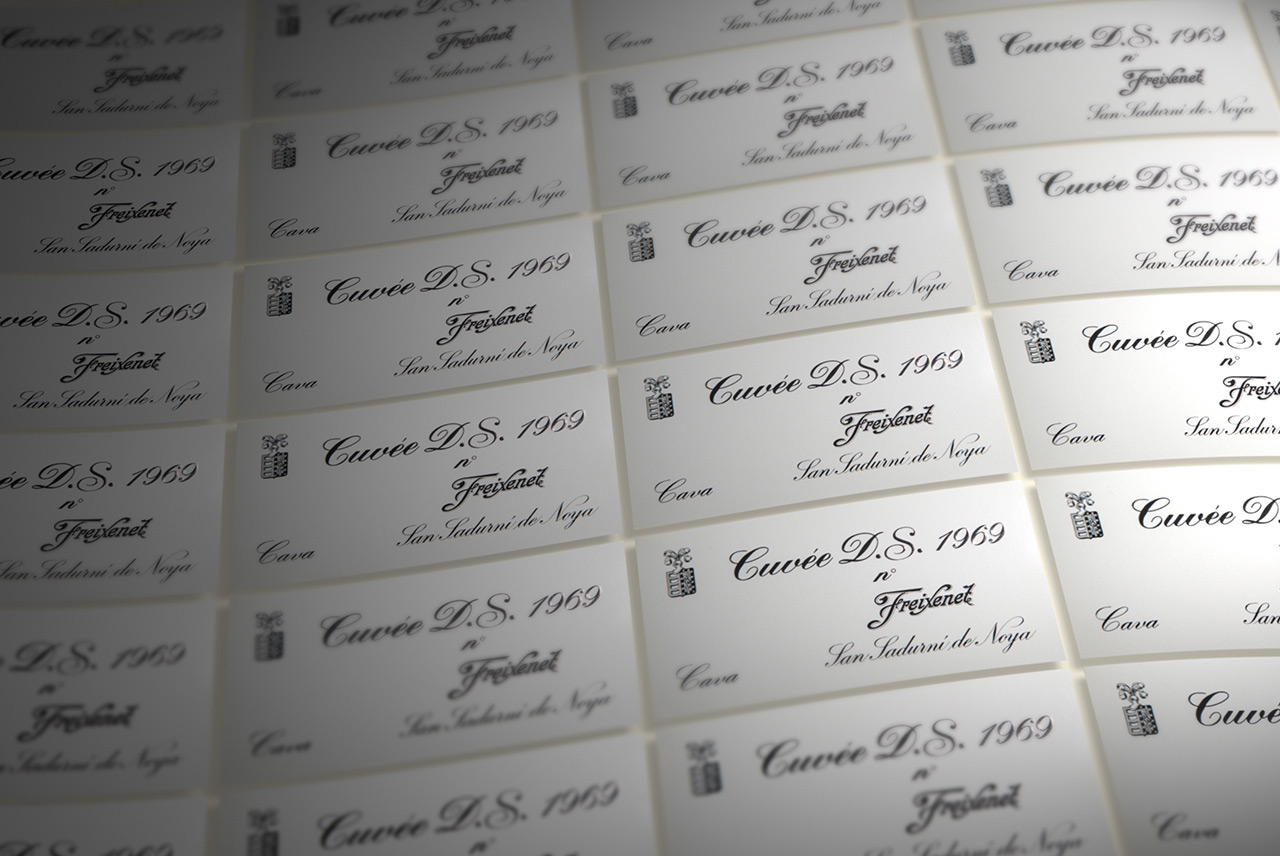 Freixenet is consolidated as a leader of the Cava sector, thanks to its worldwide success. 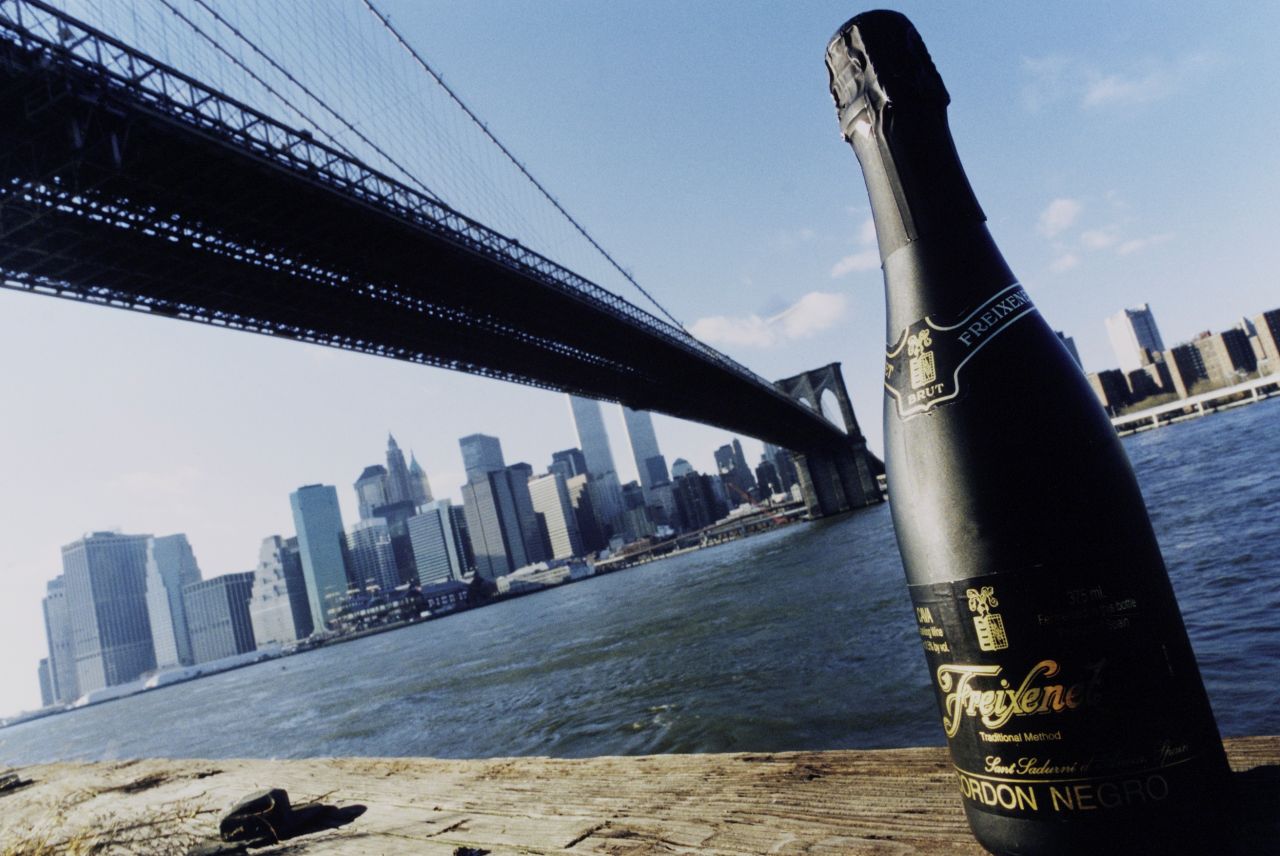 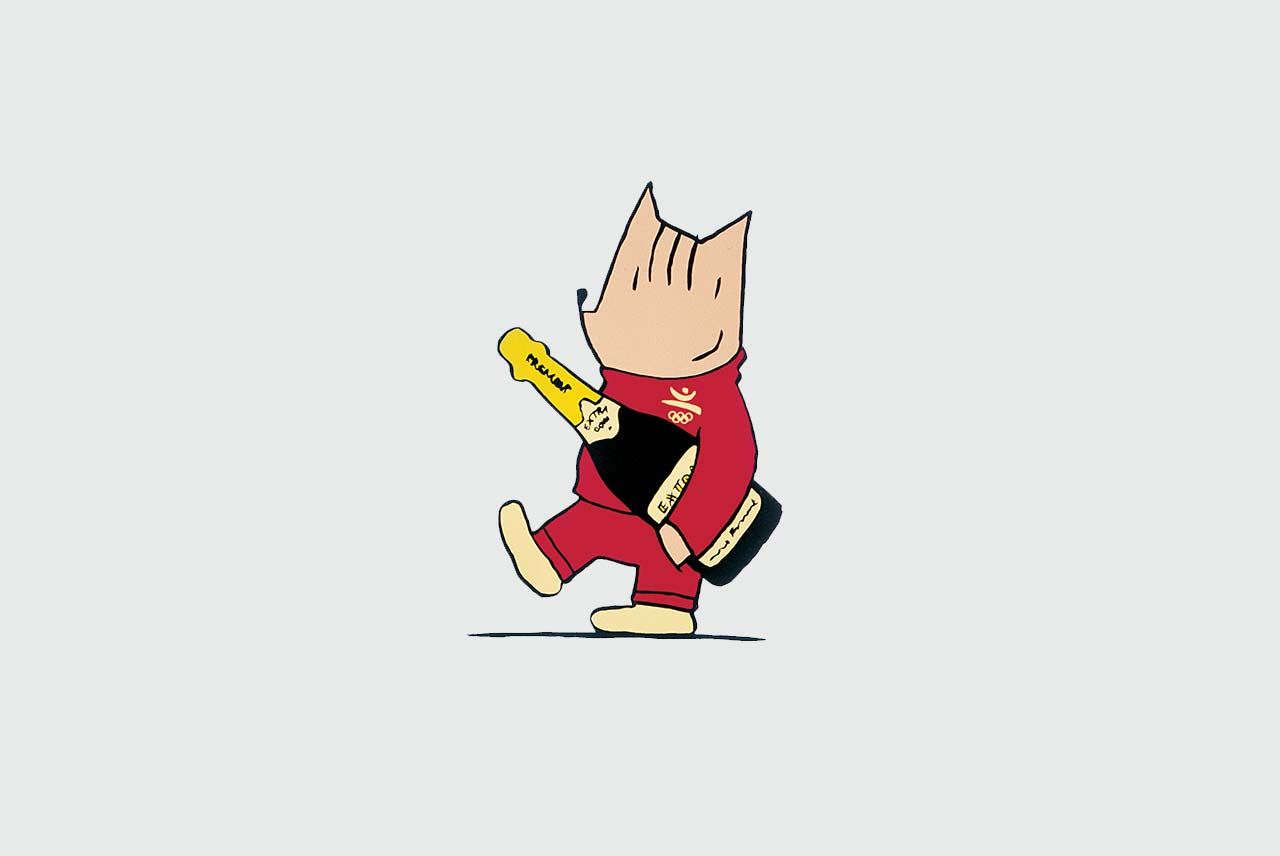 Cordón Negro by Freixenet, the first sparkling wine in space.
Astronaut Helena Kondakova was the first person in history to toast in the weightlessness of space as a crew member of the Mir Space Station. 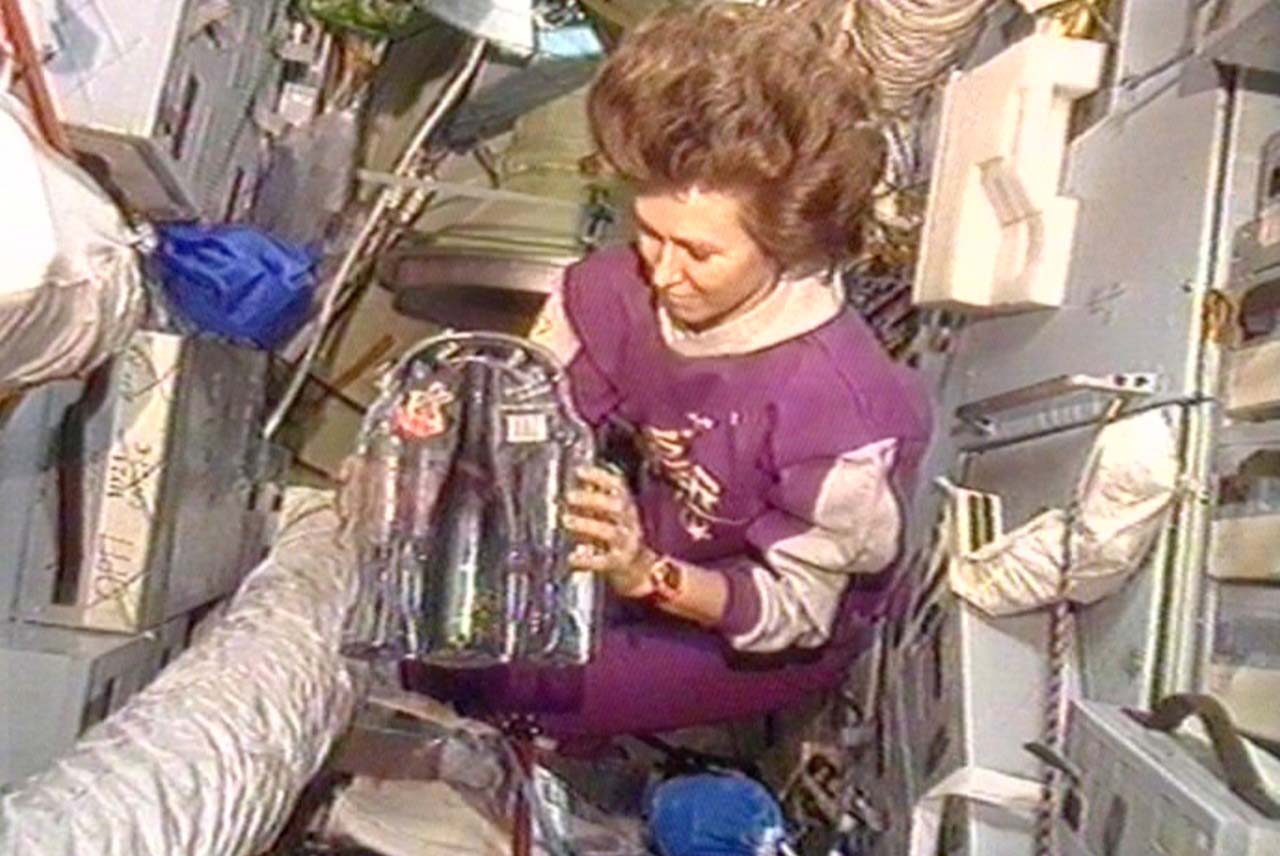 Freixenet is a founding partner of the Spanish Network of the United Nations World Pact, and the first winemaking group to form part of this initiative.
Made, recognised and backed by the ISO 14001 certificate, which Freixenet earned in 1999. 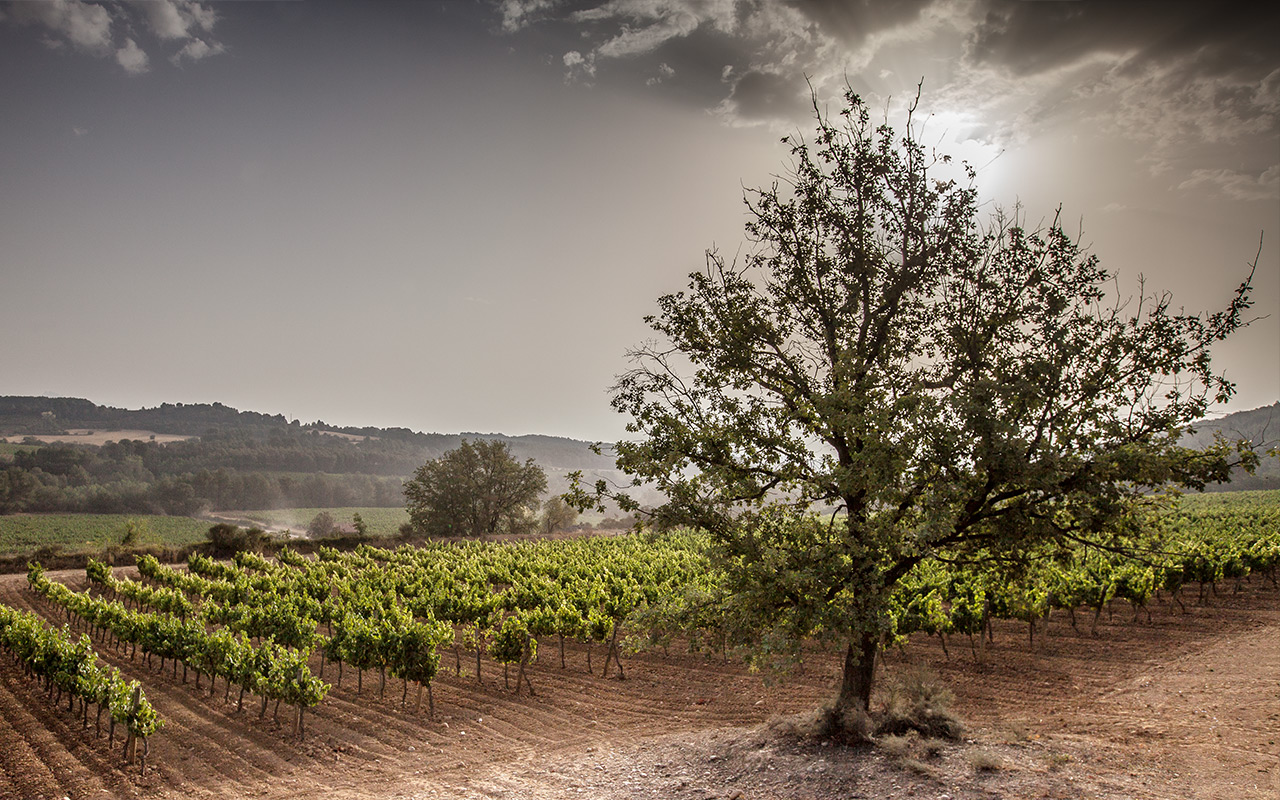 The prestigious film director Martin Scorsese directs the Freixenet Christmas advertisement.
Martin Scorsese, who is widely considered to be the best director of all times, draws inspiration from Hitchcock to create an unrepeatable suspense short starring Simon Baker and Kelli O’Hara. 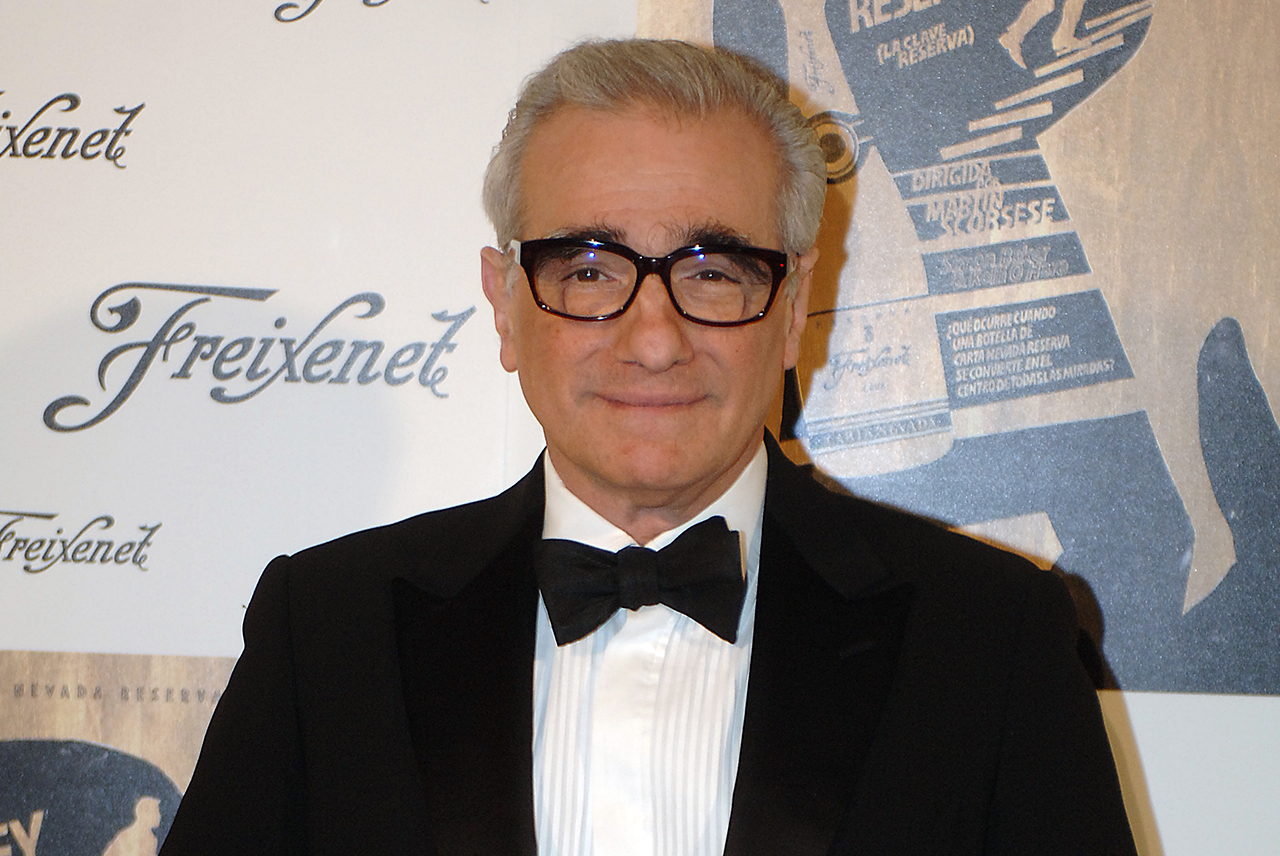 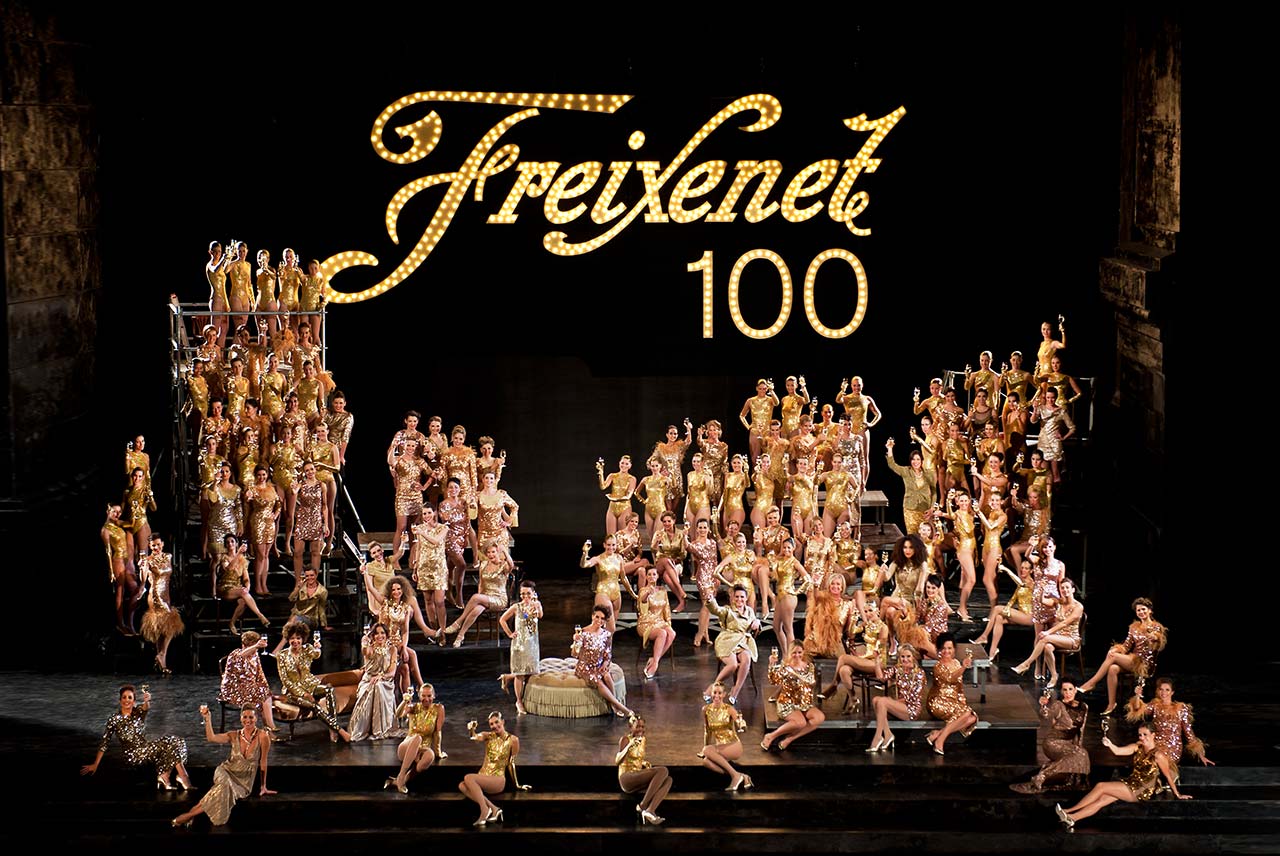 Birth of the latest Cuvée de Prestige, Garnatxa Subirat Parent. The firm's first Blanc de Noirs cava, this product is made with Grenache, combined with the white grape varietal Subirat Parent.
This product completes the Cuvées de Prestige collection, where each and every product is made with the authorised grape varietals of the Cava Regulatory Council. 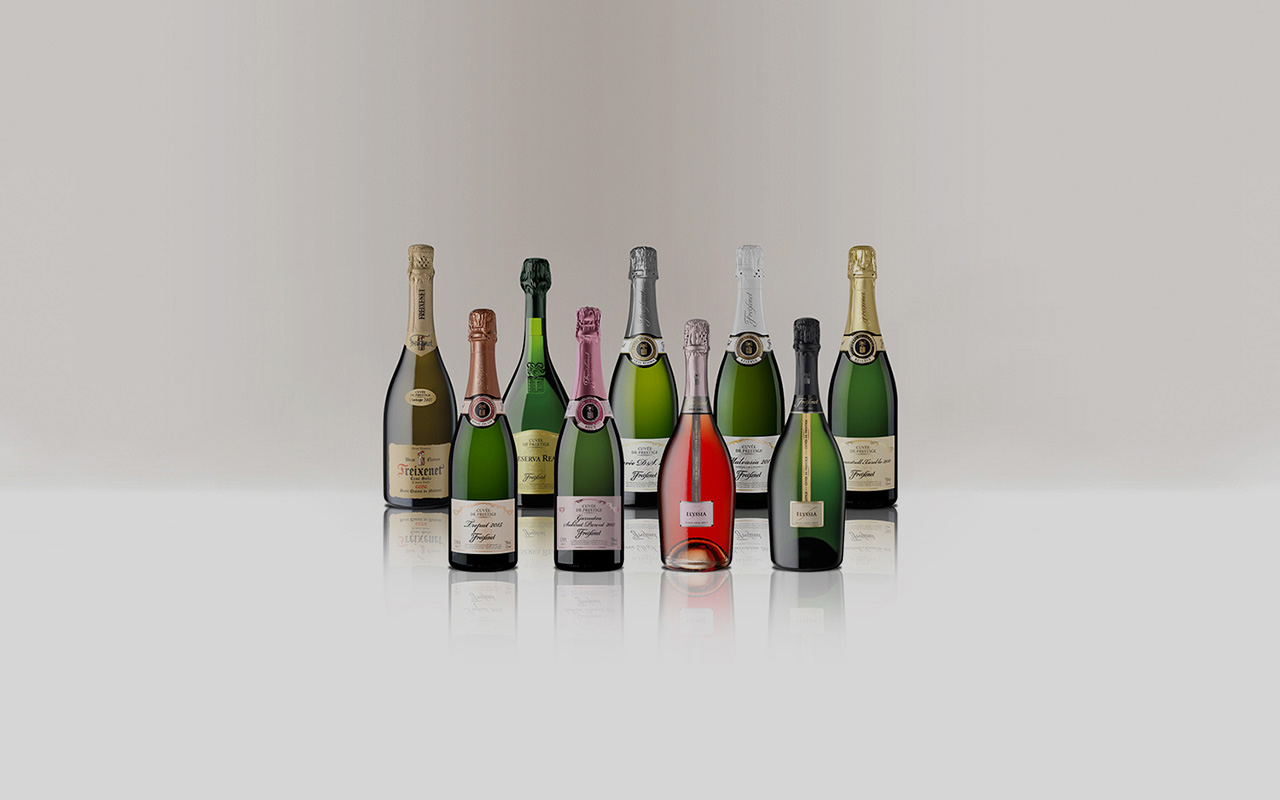 Freixenet keeps innovating and launches the ICE range composed by Freixenet ICE and Freixenet ICE Rosé, the new way to sip an extra refreshing glass of cava.
A special cava created as a mixer to serve in a large wine glass with ice and the liqueurs and fruit of your choice. 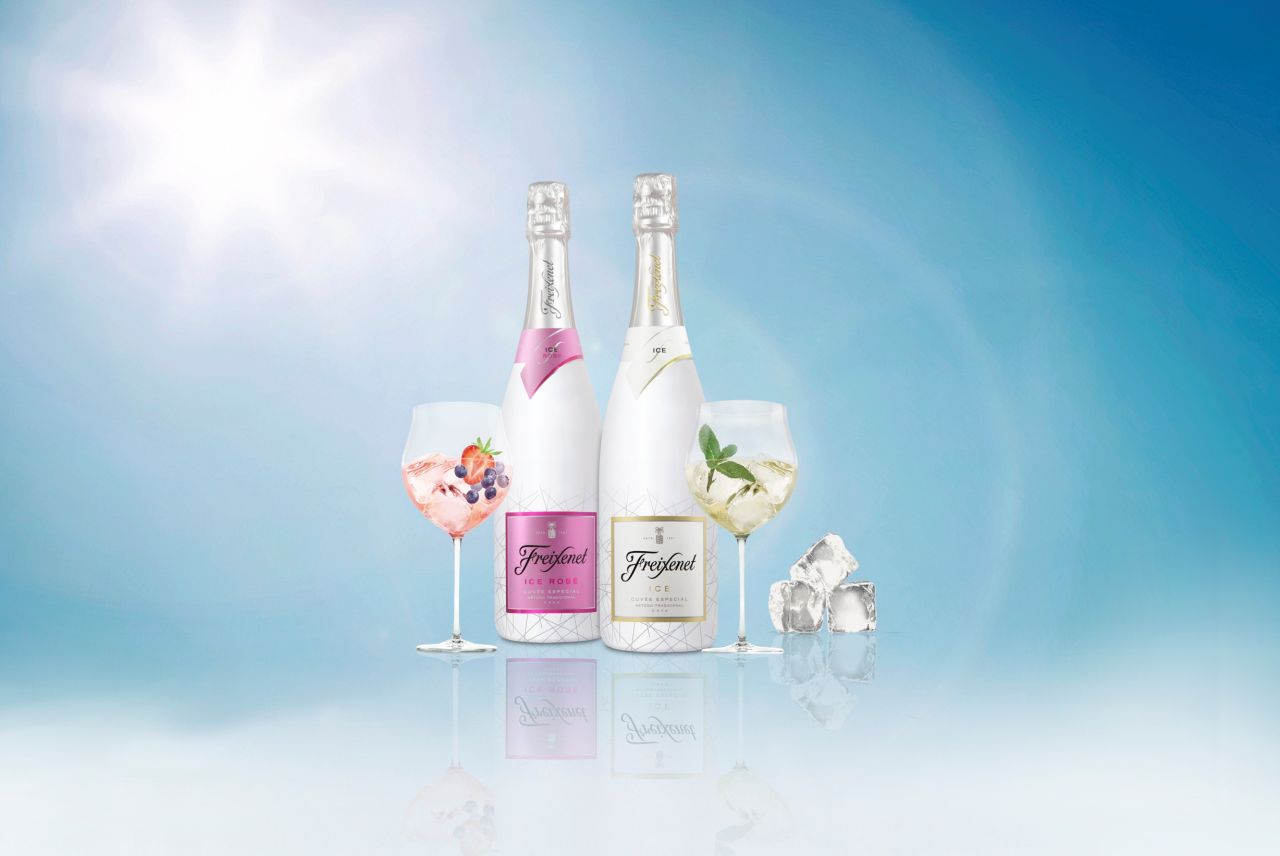 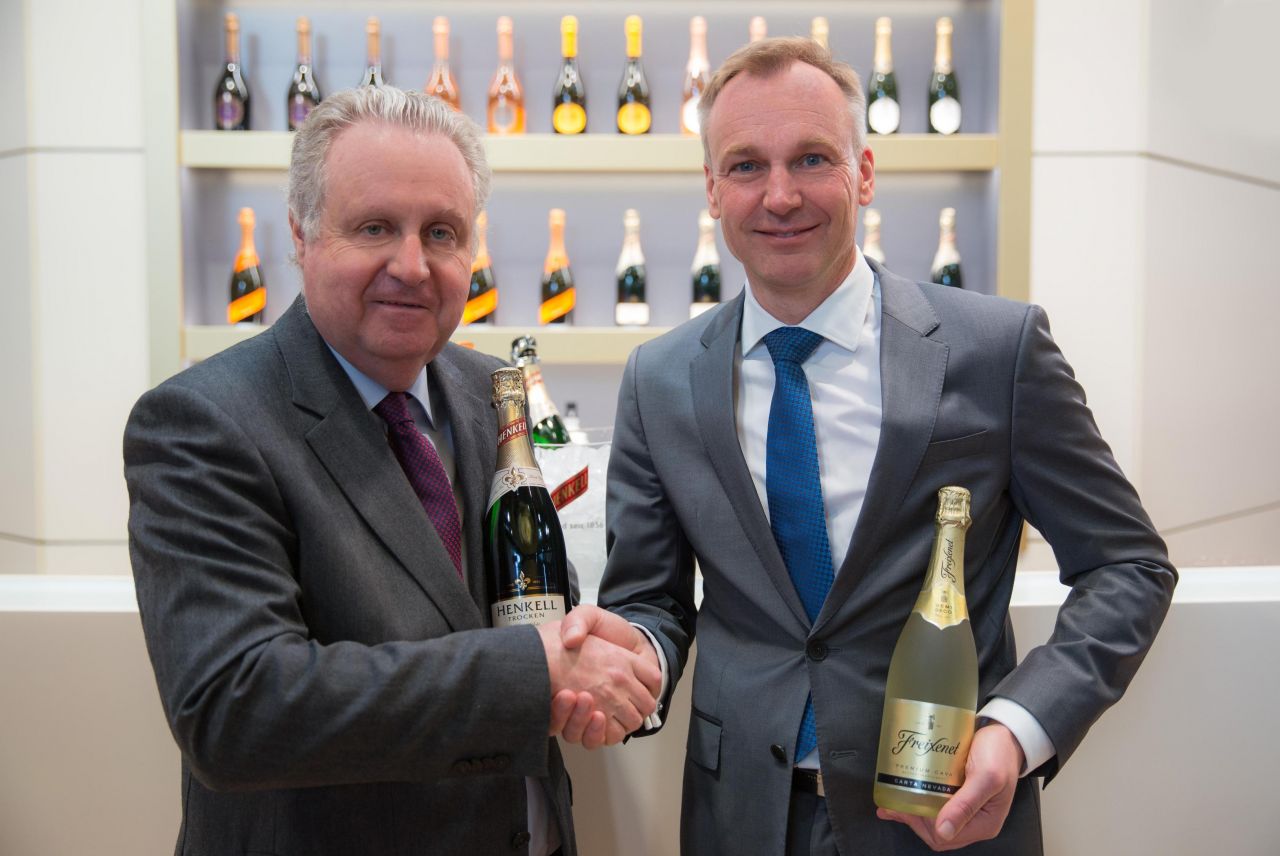 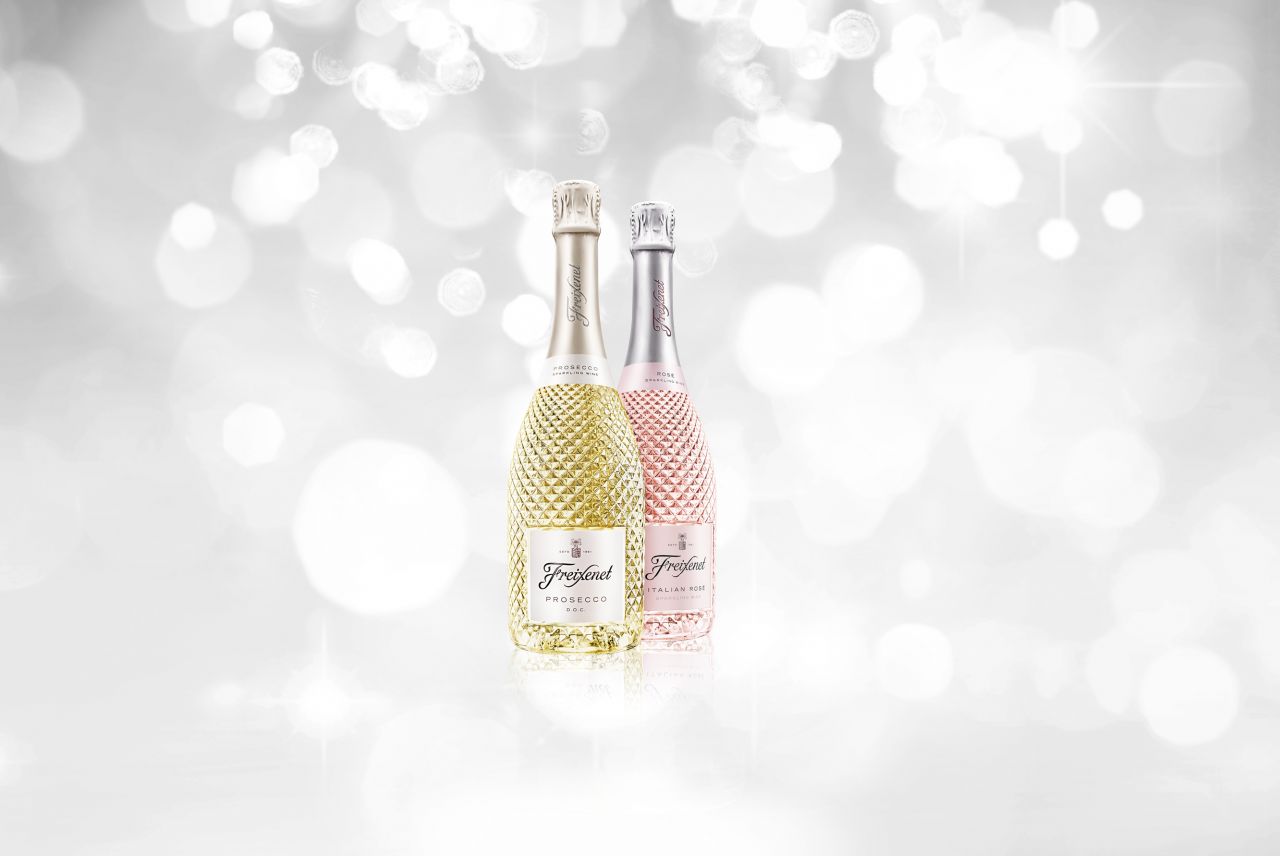